I recently came across some fun games that can be played using nothing but a pen and some paper. One of those games was called "Race Cars" and I wondered how on earth you would play a racing game on paper, and the answer is: simple math!

The goal of the game is to cross the finish line of a hand-drawn race track first without hitting the edge. Race cars have a velocity that can be adjusted each move. If you're too greedy, you will crash. If you hit the breaks too early, another player will win.

We start out with a hand-drawn race track. The shape really can be anything you like. Just be creative! 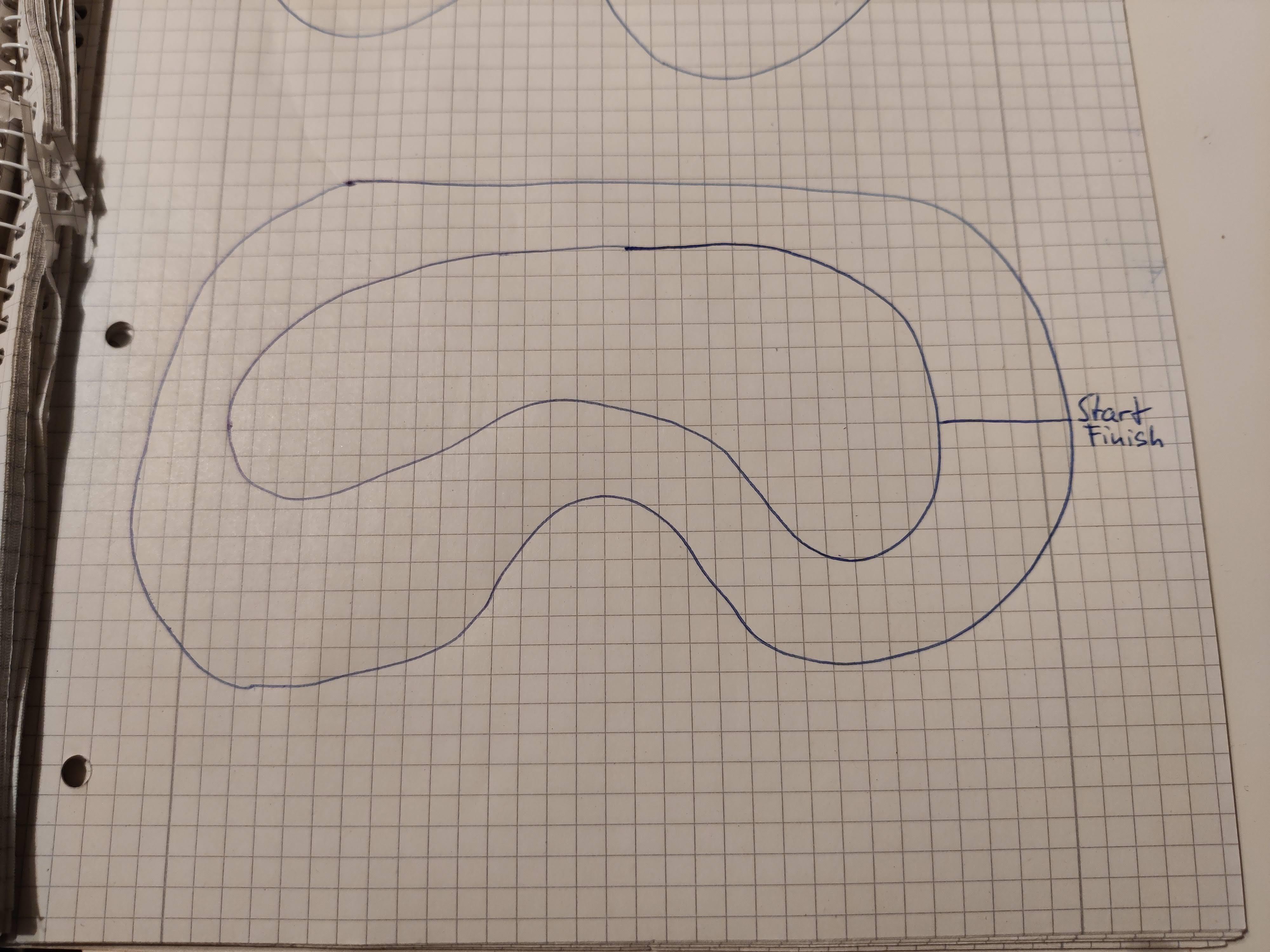 Next, each player makes a cross on the starting line. This resembles the players racecar. Right now, none of the cars is moving. They have a velocity of 0 on the x axis and 0 on the y axis. 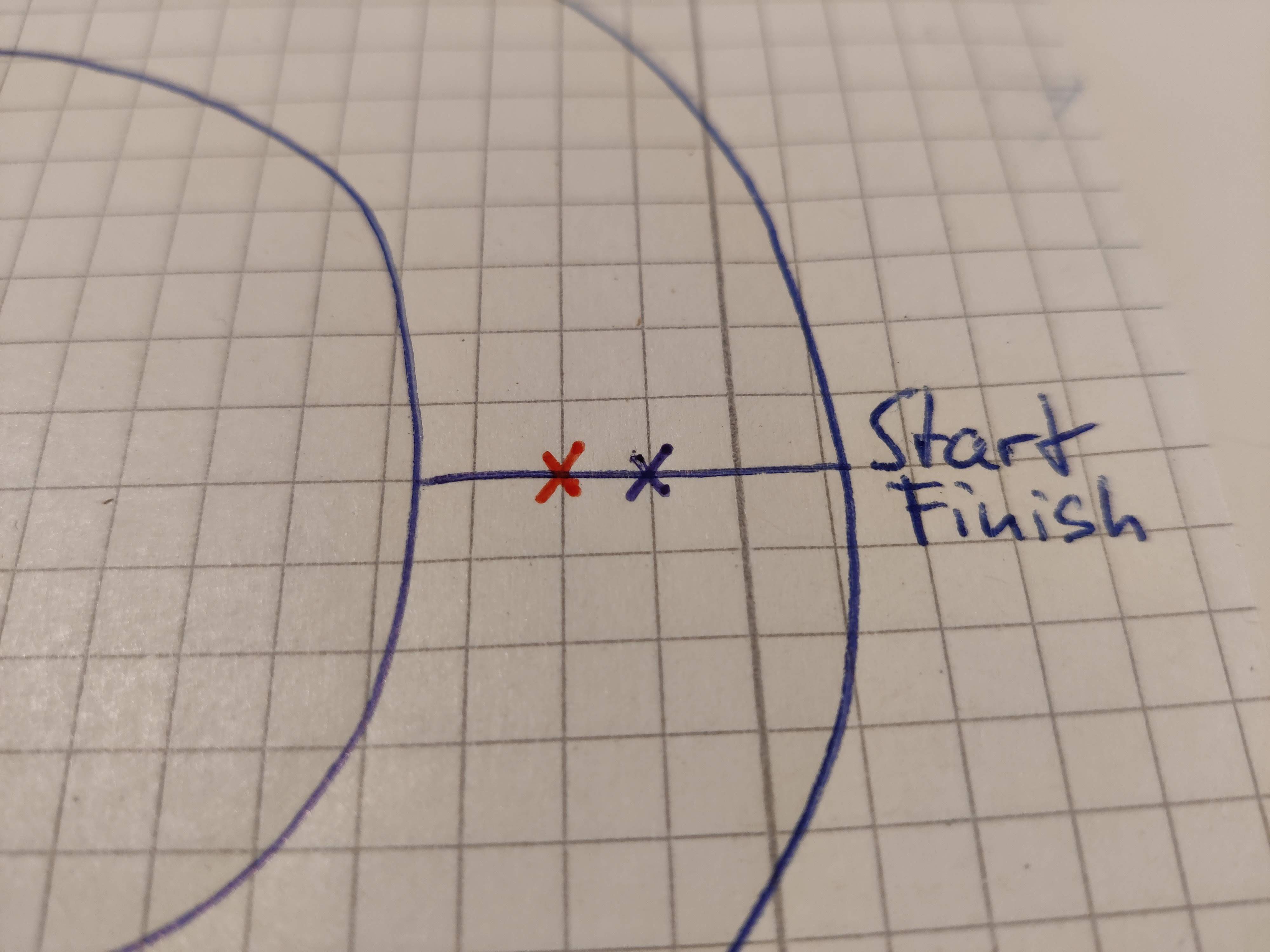 Each move, a player can accelerate or decelerate his vehicle by 1 on any axis. The first move of each player is somewhat obvious. They want to accelerate straight forward. On our race track, that means accelerate by 1 on the y axis. 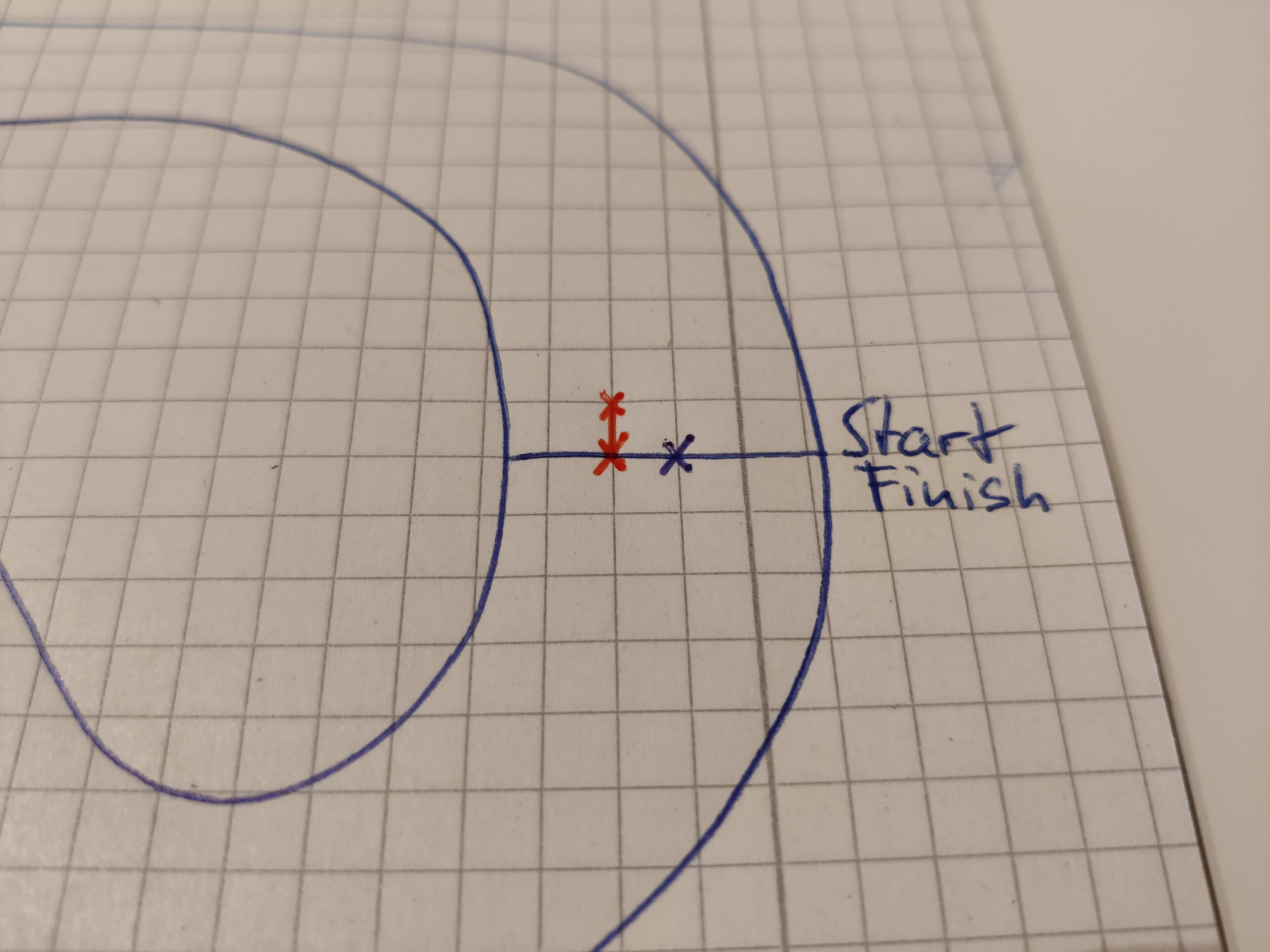 Next, we can either keep on accelerating like the red player does, or "turn" our vehicle left by changing our y velocity from 0 to -1, which gives us a velocity of -1, 1. 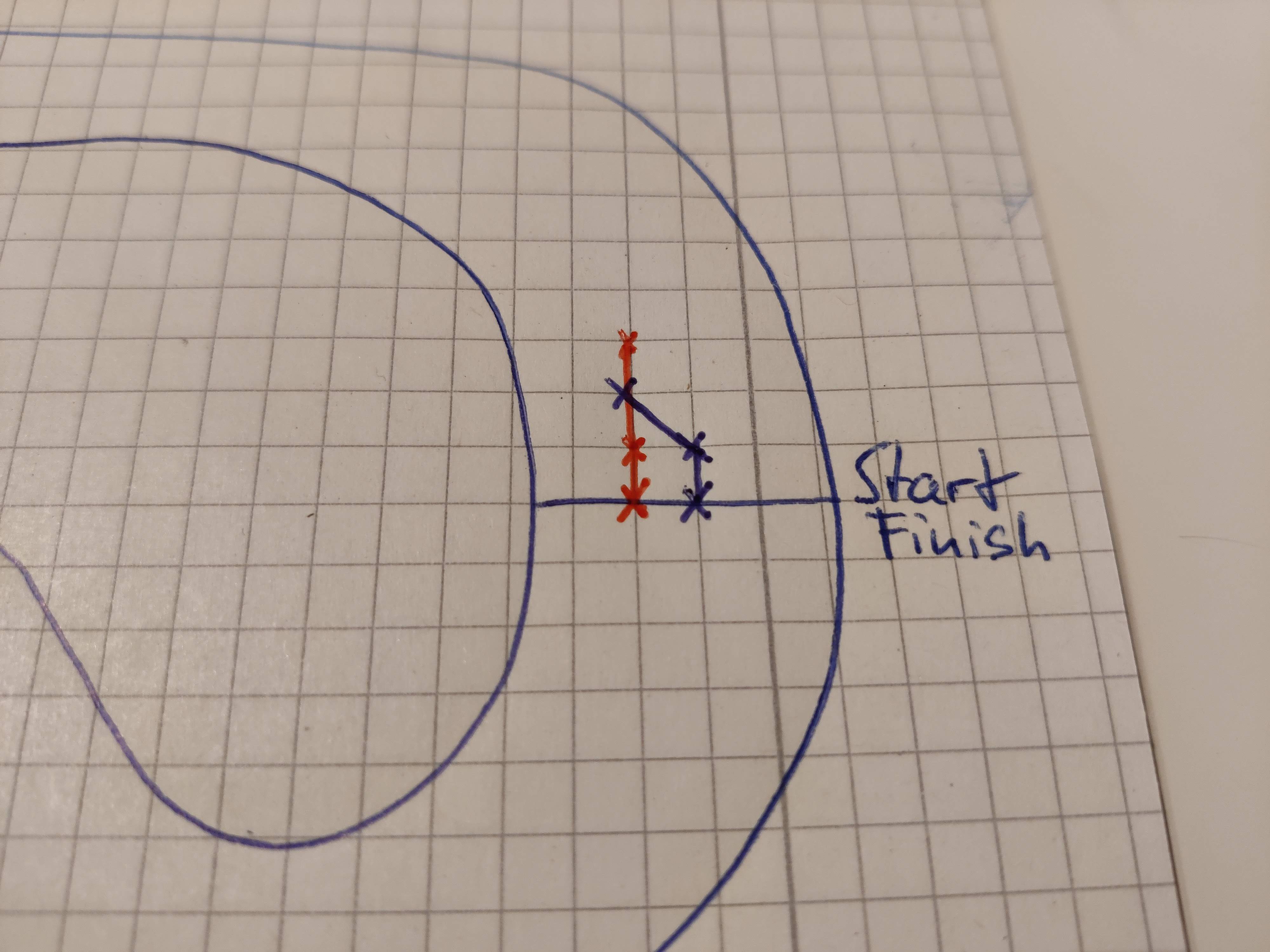 On a long stretch, the red player wants to overtake blue by keeping his foot on the paddle. Blue on the other hand plays it safe and hits the breaks. 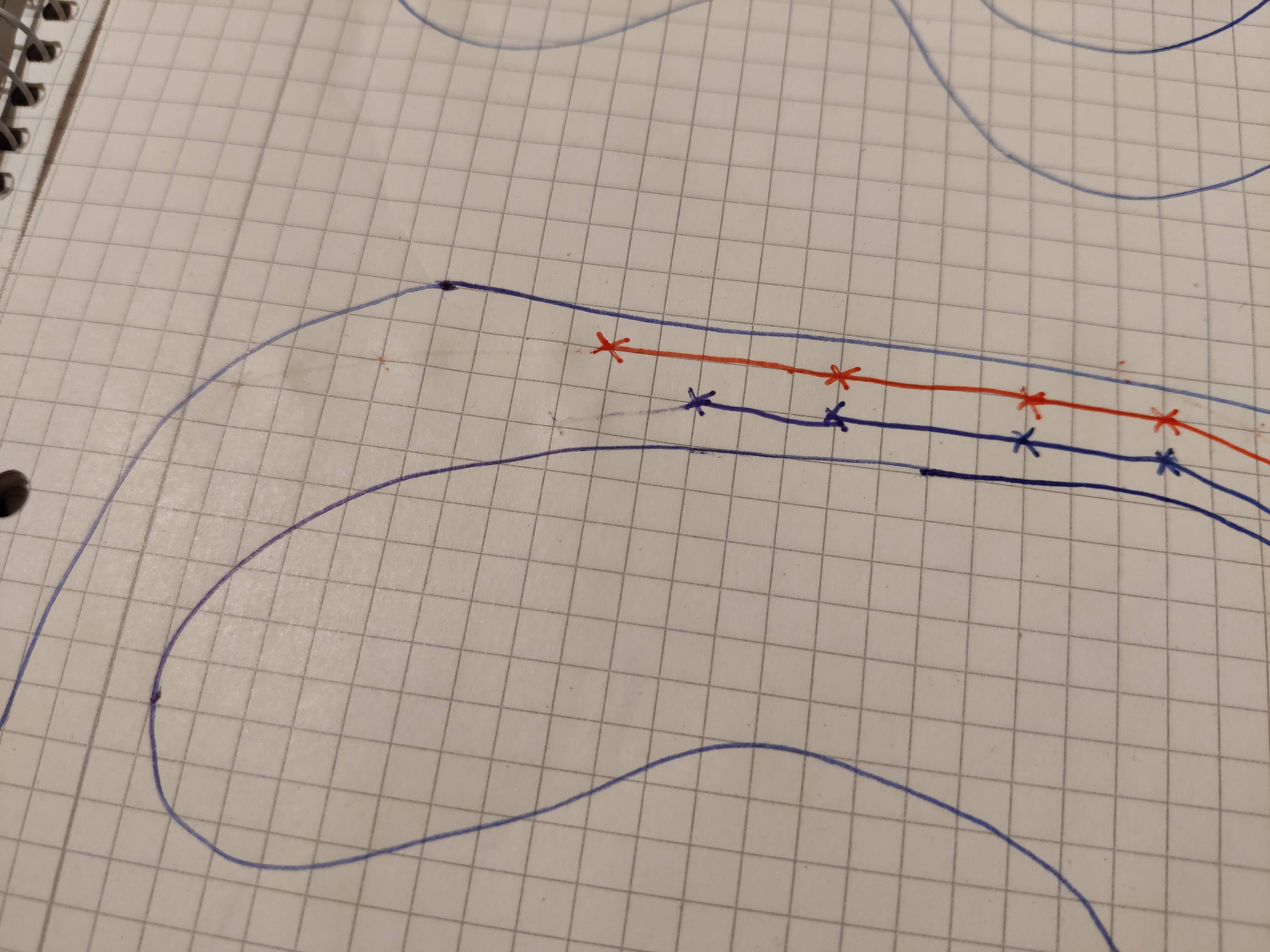 Soon after, red realizes his mistake. Being so busy trying to turn, he's unable to hit the breaks. A crash is inevitable. Blue however continues to take the turn nice and slow. His humble mind brought him victory! 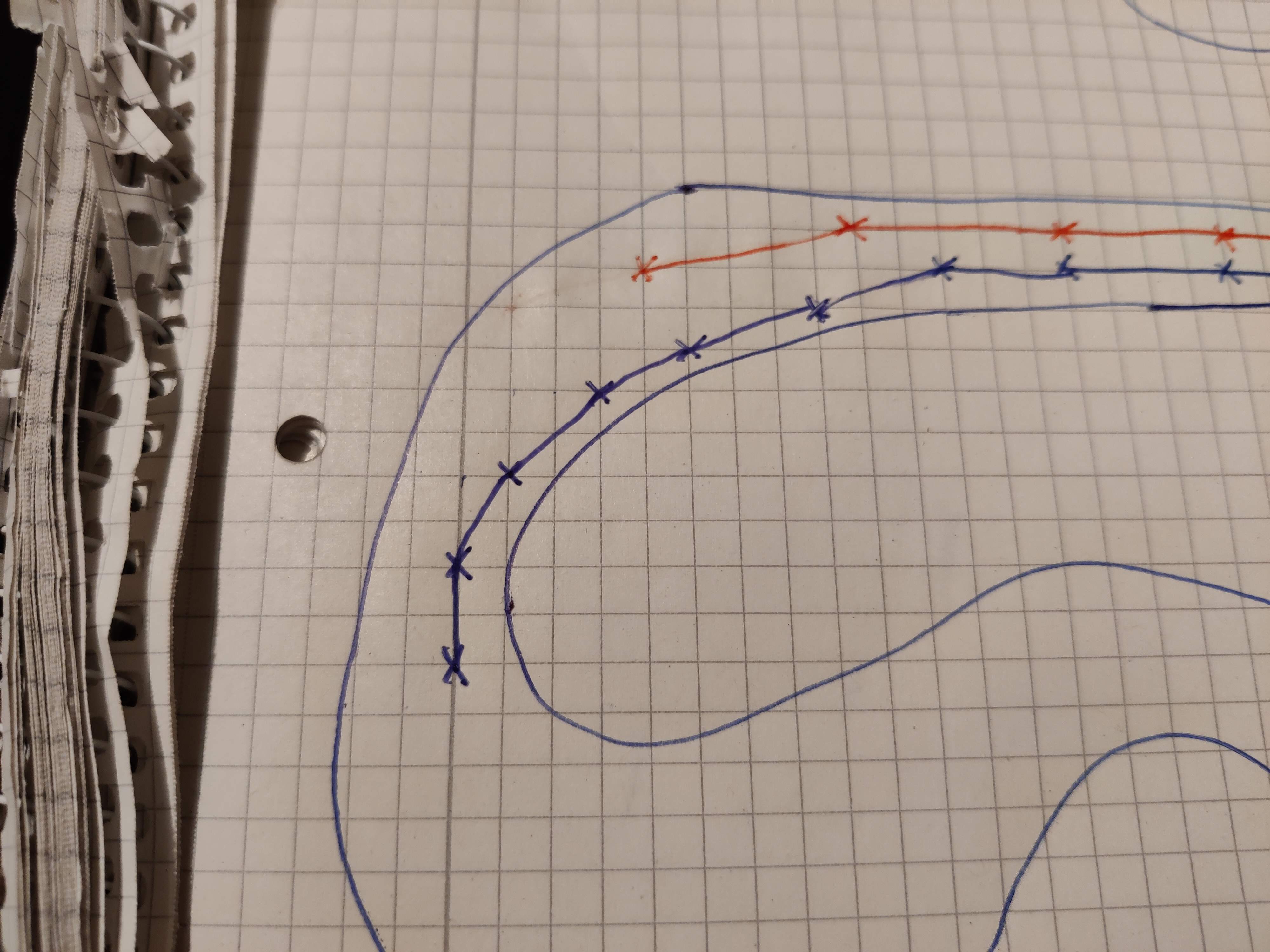 It's all about fun

The concept of this game is very flexible. You can play it with a friend and see who's the fastest paper racer, or by yourself and try to beat your record. Getting tired of just cruising around? Introduce the concept of "items" that give you a boost or slow down the opponent (think Mario Kart!). If ordinary tracks are boring, try adding intersections or obstacles. Can you add a third dimension? The sky is the limit. Get out there and be creative.